In 1975, Plowboy (Tiny) Frazier and I were a tag team working for Dean Silverstone in the Washington State area. After a match in Seattle one evening, we needed to drive to Yakima. We had to make a live TV appearance the next morning and then a house show there that night.

When I was in the wrestling business, almost all the wrestlers had CB radios in their vehicle. On this night in particular, we were driving Plowboy’s Lincoln and the CB radio was not working very well. We arrived in Yakima about 2:30 a.m. and checked into our motel rooms. After only a few minutes the phone rang and it was Plowboy. He knew I liked working on mechanical and electrical items and he was wondering if I would look at his CB radio to see if I could get working properly. I went to his room and he gave me the keys to the car. He told me he would be out in a few minutes to help me.

Well there I was…3:30 a.m. in a motel parking with a flashlight looking under the dash at his CB radio. All of a sudden, a very forceful voice said, “Do not move.” When I looked up, my heart almost stopped beating because there on each side of Plowboy’s car were two of the biggest police officers I have ever seen with their guns drawn! The police officers dragged me out of the car and put me in handcuffs, frisked me, and made me sit on the cement in the parking lot. The police officers asked me what I was doing and I told them I was trying to repair Plowboy’s CB radio and that they could go to his room and that he would verify my story.

The police officers went to Plowboy’s room and knocked on his door. When he came to the door they asked him if he knew me. Plowboy looked over at me, hesitated, and then said, ” I have never seen this man before.” The police officers put me in the back of their car and started to take me to jail. When we left the motel parking lot, one of them started laughing and said, “Your partner is quite a joker, isn’t he?” Plowboy loved to play ribs (jokes) on people and he seemed to know everyone, everywhere he went. As it turned out, plowboy was very good friends with the police officers, and had called them to come over to the motel and to scare the hell out of me…and it worked! 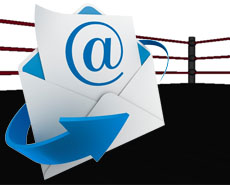