From time to time, we will showcase a link of special interest by featuring it in the header banner above. Our current featured link is for the Cauliflower Alley Club.

A fraternal organization for pro wrestlers, boxers and wrestling and boxing enthusiasts. Don Anderson is a proud member of this club.

Formed to pay tribute to the great wrestlers who performed in Arizona during the 1960s through 1982.

WHAT EVER HAPPENED TO…?

WRESTLING – THEN AND NOW

A really groovy site offering an amazing collection of vintage Memphis Wrestling DVDs. Many classic matches and rare footage including some of the biggest names in the Memphis Wrestling scene. Don Anderson appeared in MEMPHIS WRESTLING IN THE 70s, VOLUME 3 battling it out against Jerry Lawler. 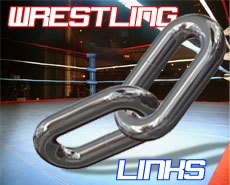 If you are a former wrestler, current wrestler or in the wrestling business and would like to be added to our links page, please contact the webmaster. We’d love to hear from you!